Nano miner: how to set up and how to run dual mining. LHR unlock.

This guide describes how to start and how to use the latest version of Nanominer 3.6.3 and higher.

Nanominer – is a cryptocurrency miner that runs on AMD, NVIDIA graphics cards and on a processor. Supports dual mining mode, overclocking control and power consumption limit. There is a convenient web interface for tracking statistics. It is mainly used to mine cryptocurrencies such as Ethereum, Zilliqa and Ergo.

To work with NVIDIA video cards, you need:

Version cuda11 requires driver 456.38 or later on Windows or Nvidia 455.23 or later on Linux. Nvidia 30xx series graphics cards will only work with cuda11 the miner version.

To start mining Ethereum using a Nanominer, you just need to enter your wallet into the configuration or batch file.

How to run Nanominer through a bat file

After you have unpacked the archive, you will see the configuration files .ini. You need to edit these default config files or create a .bat file.

Let's start with the .bat file. In the same folder as nanominer.exe, you need to create a file with the extension .bat.

Just copy any .ini file and give it the extension .bat.

Open the .bat file with Notepad. Below is an example of a setup for Ethereum. You need to add the following commands to it:

Instead, username1 just insert your username from the Binance Pool.

After everything is done in step 2, you are ready to mine. All that's left to do is launch the miner and then go to the Binance Pool, where you can track your mining progress.

The program is launched in a standard way: double-click the left mouse button on the file with the extension .bat. After starting, a window opens indicating all the entered parameters. 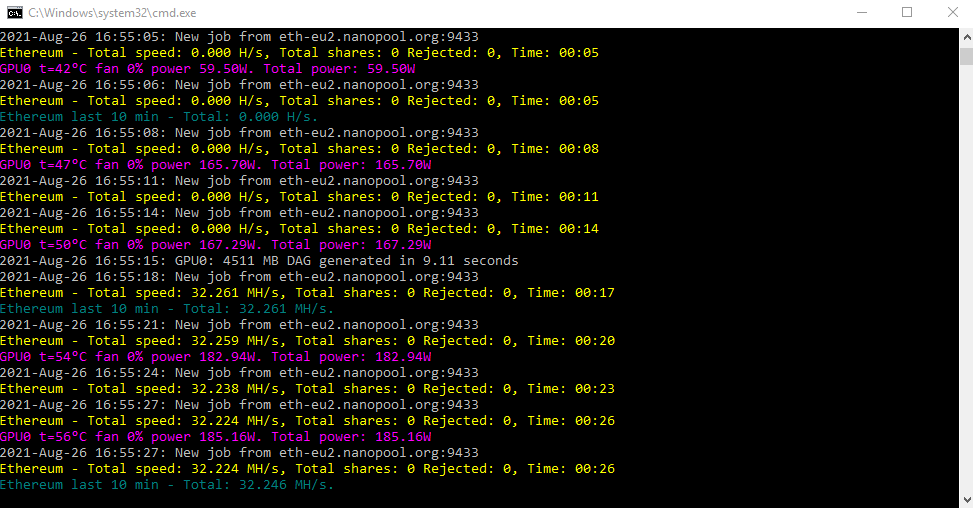 Setting up via Config using Ravencoin as an example

An alternative launch option would be setting instead of a batch file through a configuration file. It has the extension .ini

By default, the program reads the settings from a file config.ini and runs through nanominer.exe.

Listing of the configured file for Ravencoin:

In the config file, you need to change three things:

Here’s what we should get:

After mining another ten minutes, a graph with a hash rate will appear.

Mine on Nvidia? Read about configuring PhoenixMinerand NBMiner.Perhaps they are more profitable.

Here is a finished example of a setup for Ergo: 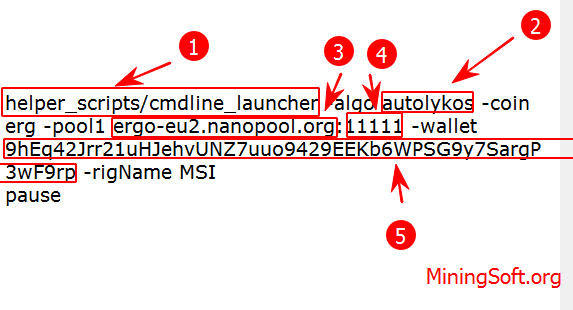 Setting up a batch file for Nicehash 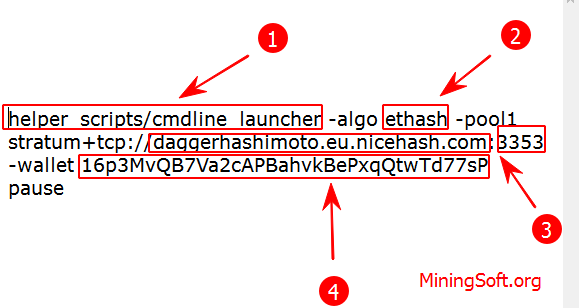 How To Mine Ethereum with Nanominer - Nanopool - Easy Setup 10 Mins

Start to finish setup of nanominer, mining Ethereum (ETH) on nanopool. Learn how to start mining with your PC GPU and/or CPU using nanominer. Setting up a mining rig to mine on Ethereum nanopool.

Note!
You need an Ethereum wallet but can use any Ethereum crypto wallet you like.

In this two-part video series, we test the Ethereum - ETH and Ergo - ERG performances of different miner programs. We will use the optimum overclock settings and stock values during this comparison.

In our previous videos, we examined the Ethereum (ETH), Raven (RVN) and Ergo (ERG) mining performances of the Rtx 3080 Ti with different overclock settings. You can access these videos from the links below:

I wanted to compare Ergo and Eth, but as far as I know, Ergo mining is not done with the latest version of GMiner anyway, I chose popular programs and therefore I did not include GMiner in the test. For example, I would like to include Team Red Miner, but it does not work with Nvidia cards.

restarts - the parameter sets the number of miner restarts before restarting the farm. In case of problems with the video card, such as hardware errors or lagging, or if the hash rate drops (if the minhashrate option is used), nanominer will restart. However, some errors cannot be corrected by restarting the program. In such cases, you need to reboot the rig. To reboot, the miner loads the script reboot.bat from the current directory, if it is running on Windows, or reboot.sh if on Linux.

Having problems? There are only a few things that can really go wrong. They include:

First, give the software ten or fifteen minutes before claiming something went wrong. After we found our first share, our wallet address does not display the statistics page for ten minutes.

If you have waited more than 15 minutes and still do not see the mining statistics page, check the following:

The following coins can be mined in dual mode:

Here is the configuration for dual mining (Ethereum + Monero):

This guide will help you get started mining Conflux (CFX), Ergo and Ethereum using a Windows based mining farm. The miner we will be using in this tutorial is the Nanominer.

Team Black Miner: how to set up and run. LHR unlock. This guide describes how to start and how to use the latest version of TeamBlack...

BzMiner miner: how to set up and run. This guide describes how to start and how to use the latest version of BzMiner v9.1.4 and higher.

Bminer: how to set up and run with LHR unlock. This guide describes how to start and how to use the latest version of Bminer v16.4.11...

Miniz miner: how to set up and how to run with LHR unlock. This guide covers how to start and how to use the latest MiniZ version v1....